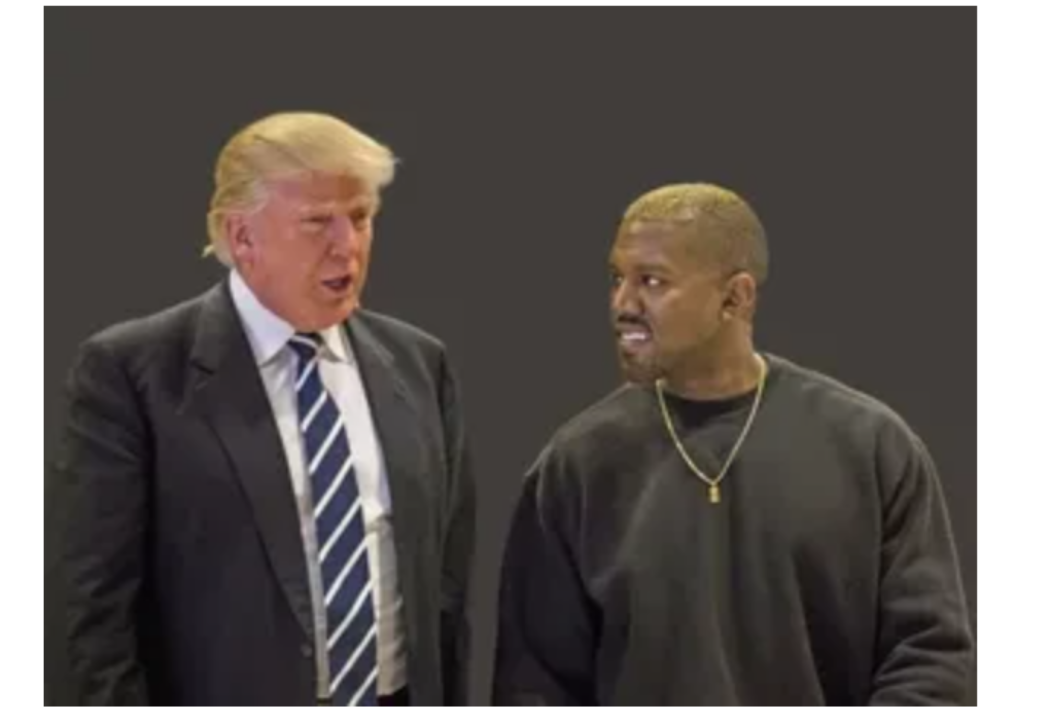 Rapper Kanye West wants to run for president with ex US president Donald Trump as his running mate.

Ye turned fashion designer recently declared his intention to run for president in 2024. He also revealed controversial alt-right commentator, Milo Yiannopoulo, is set to work on his campaign.

Despite the backlash over his many recent antisemitic and anti-Black statements, Kanye West is forging ahead, and has now decided upon a running mate.

The G.O.O.D. Music and Yeezy founder took to Twitter on Wednesday morning, November 23 announcing he had met with Teump, who was Ye’s opponent during his failed 2020 presidential campaign.

“First time at Mar-a-Lago,” Kanye West wrote, claiming he met Donald Trump at his Miami estate. He continued noting there was “Rain and traffic,” before admitting, “Can’t believe I kept President Trump waiting.”

After confessing he turned up to their meeting wearing jeans, “yikes,” Kanye made an interesting revelation.

“What you guys think his response was when I asked him to be my running mate in 2024?” he asked, posting a poll. The options were “That’s very Ye,” and “That’s very Nay.” 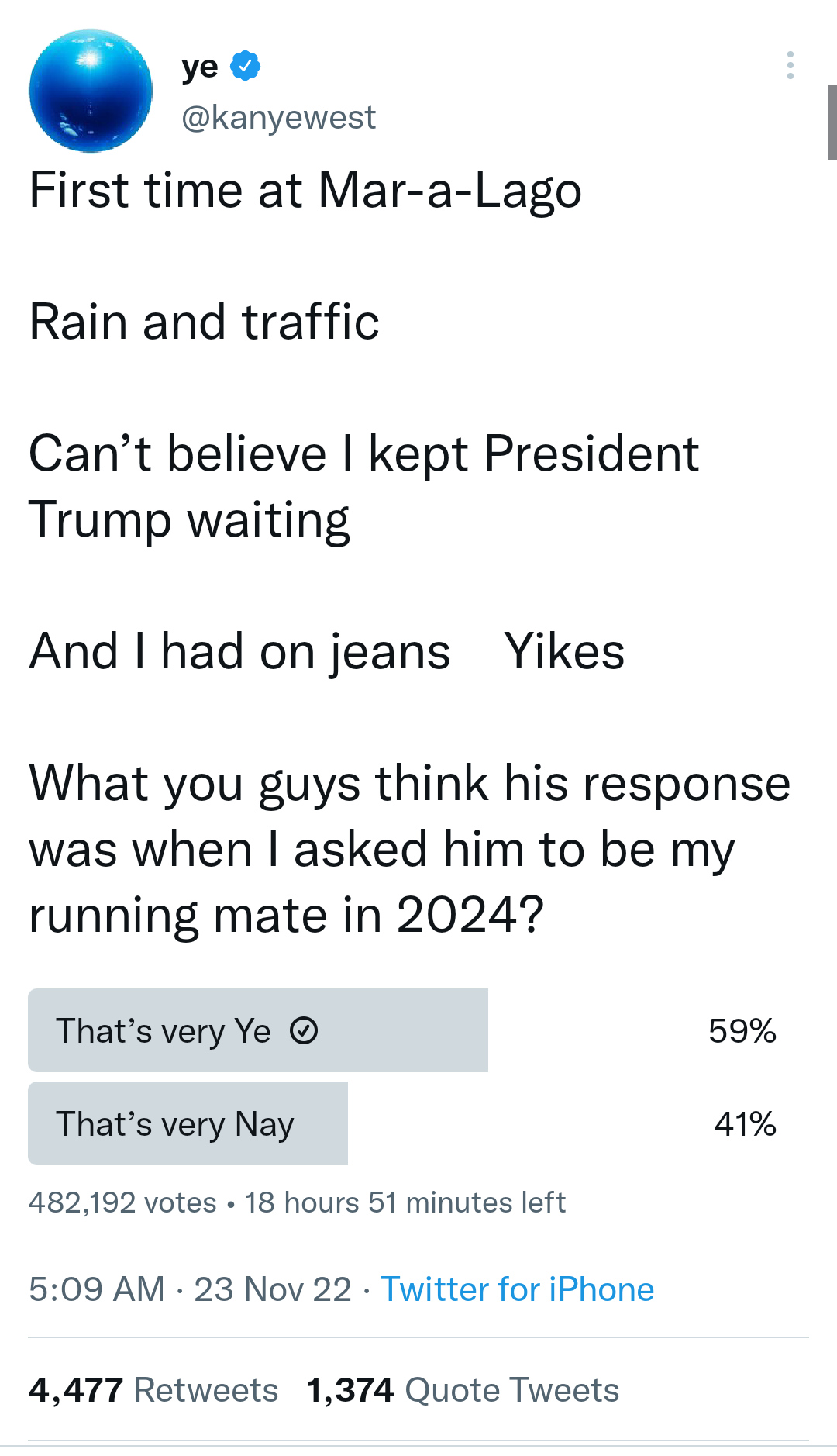