A police officer has been carried away on a stretcher after he fainted while on duty in London today, September 19, for the funeral of Queen Elizabeth II.

The funeral for the late monarch is underway and dignitaries have arrived at the venue.

But there was a slight ruckus as an officer was carried out of the venue on a stretcher by Royal navy personnel and some of his police colleagues.

The police officer’s condition is currently not known. 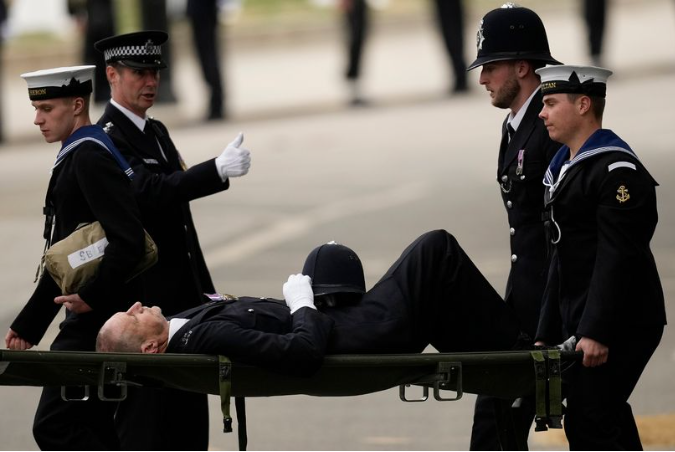 Recall that a Royal guard fainted and fell off the podium while he was protecting the Queen’s coffin on Thursday, September 15.