Lumphini Police in Thailand have ‘charged’ a puppy for getting lost after it was found underneath a condominium building.

Cops filmed and even took a mug shot of the cute four-legged puppy below a booking notice that read, “Name: Golden Retriever” and “Charge: Getting lost.”

Sgt. Chatchai Kunwong of Lumphini Police said on Tuesday May 17, that police were still looking for the female golden retriever’s human companions after it was found around 8pm on Monday at the Life One Wireless condominium on Wireless Road.

The puppy’s owners were advised to contact Lumphini police to pick up their dog. 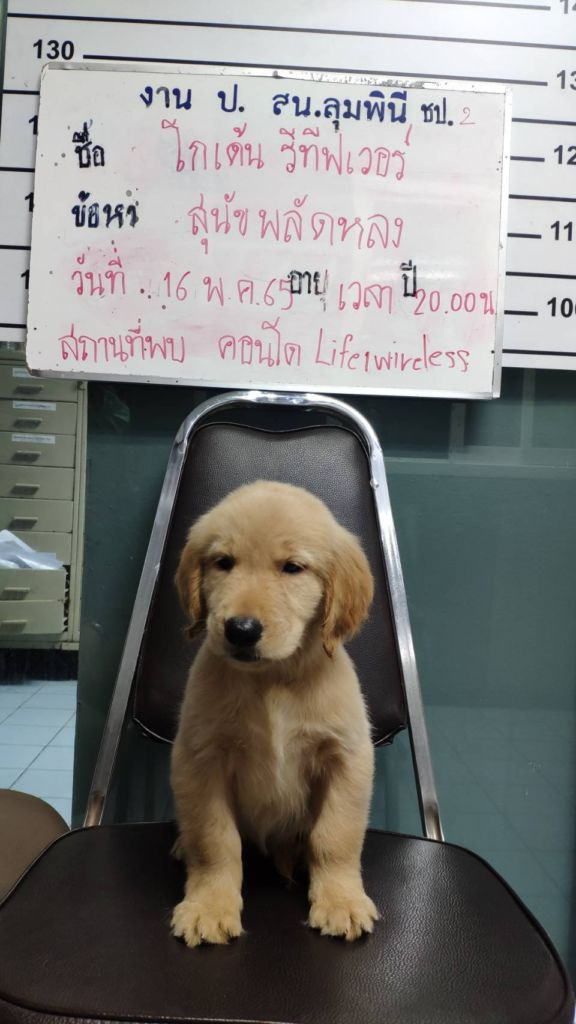 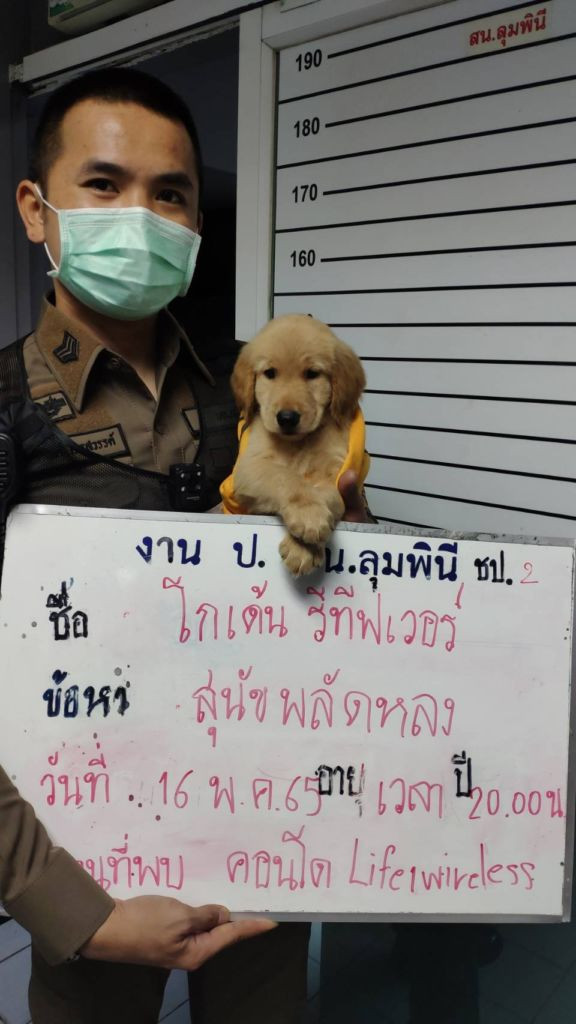