Two people got trapped inside a plane that was dangling from an electricity pylon after it crashed.

The mini air craft was left stuck in the power line after a collision that occurred at around 5.30pm local time on Sunday, Nov 27, in Montgomery, Maryland, Alabama.

Two occupants were reported to be alive inside the single-engine Mooney Mike 20P plane, which collided with a high-tension power line tower in the Maryland area and left tens of thousands without power. 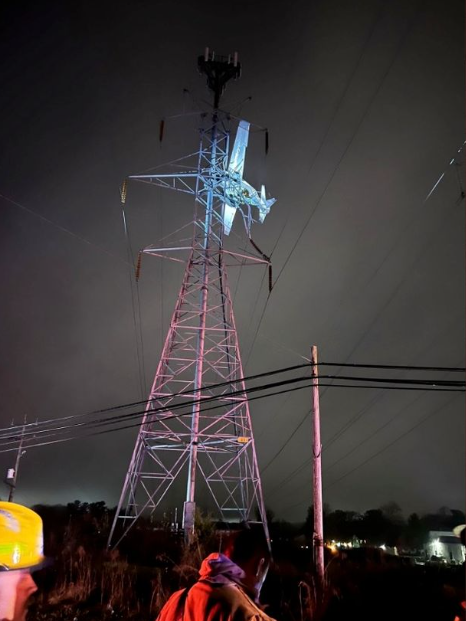 Crews cannot rescue the two occupants of the crashed aircraft until workers have managed to secure the plane to the tower, with grounding and bonding of the power lines necessary before extraction.

A total of 146 outages were reported within the area, with Potomac Electric Power Company recording said outages as affecting 88,000 customers.

A statement from Montgomery County Career Fire Fighters noted at one point as many as “120,000 customers” had been affected by the crash and subsequent power outage. 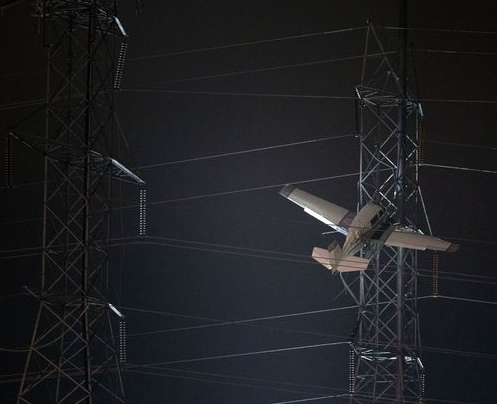 Their statement added: “Multiple units remain on the scene of this small airplane that has crashed into power lines and is entangled approximately 100ft off the ground with two occupants trapped inside.”

Both passenger and pilot are confirmed to be alive and are, as of this morning, continuing to await extraction, wbal reported.

An earlier update from Montgomery County Fire and Rescue Vice President Evan Glass confirmed that the plane was “entangled” in the power lines.

His statement read: “A pilot struck power lines near Montgomery Village, causing widespread power outages across Montgomery County. Thank God the pilot and passenger(s) are alive in the plane, which is entangled in the power lines.”