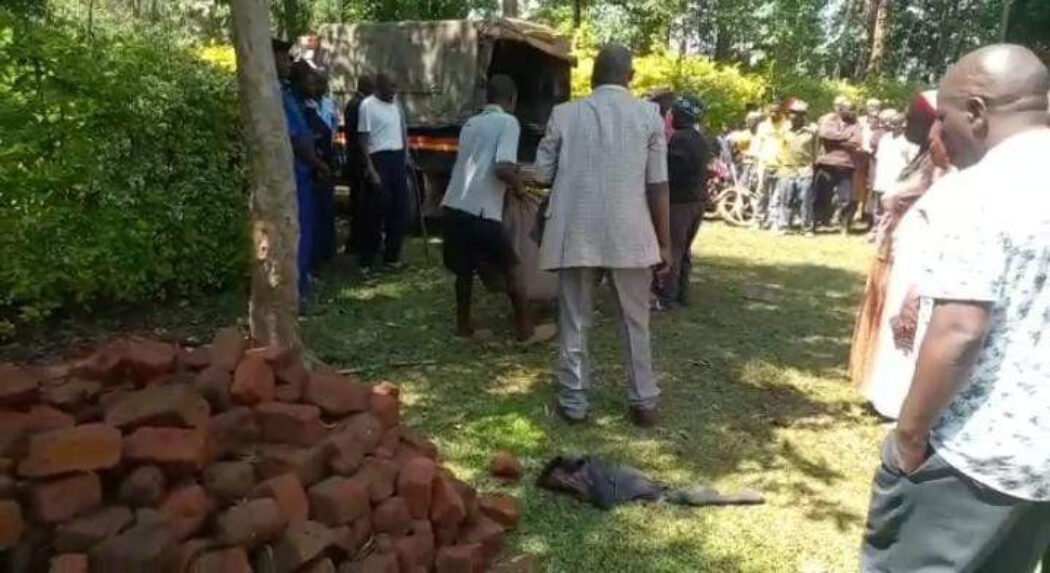 A man aged 50, allegedly took his life following a domestic wrangle in Ebungaya village in Kenya, on Monday, September 5.

The remains of Ezra Skim was found hanging from a tree with a rope on his neck in the wee hours of Tuesday, after it was reported that he disappeared on Monday.

“A rope had been tied around his neck, we suspect he hanged himself,” a resident identified as Chris Namasaka said.

The deceased’s sister Jetina Tegeno told newsmen that her brother had been complaining of domestic abuse before his death. She claimed that Skim’s wife maltreated her brother and often denied him his marital rights.

“In his last days, he (Skim) appeared stressed. He has been accusing his wife of mistreating him”, Tegeno said.

Recounting the events of the night, Skim’s wife Maximila Anyika said they were sleeping when the deceased stormed out of the house. He never returned.

“He suddenly came out of bed as we were sleeping, with no explanation he headed outside and bang the door behind him. We were shocked to find his body dangling from a tree,” Anyika narrated.

The deceased body was taken to Mukumu Mortuary awaiting autopsy.