A 54-year-old grandmother was eaten alive by a large python in an agonising ordeal that lasted at least two hours.

Her family called emergency services after she went missing while collecting rubber from a plantation.

Authorities and locals searched the woodland for two days and were horrified to find a massive python, reclining in a clearing, with a large bulge in its belly on Sunday, October 23. 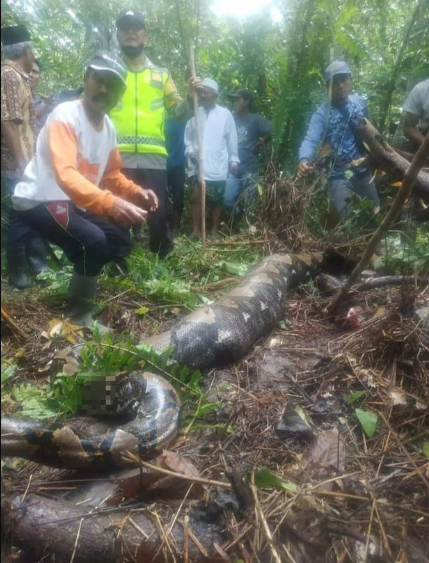 Fearing Jahrah was inside, they sliced open the beast and found the missing woman curled up in the digestive tract of the 22ft-long reptile. 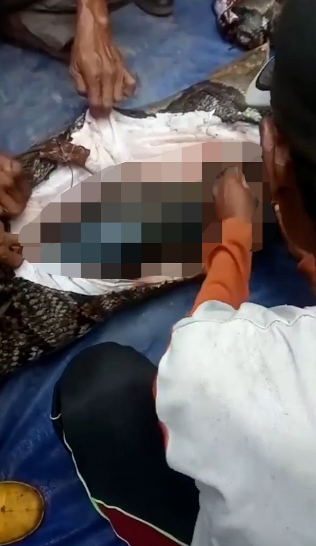 The snake is believed to have bitten Jahrah before constricting around and suffocating her, according to Anto, Head of the Terjun Gajah village where Jahrah lived.

She was then swallowed head-first in an excruciating ordeal lasting at least two hours.

Anto said: “The victim did not come home after saying goodbye to her family to go to the garden collecting rubber from trees on Friday.

“Her family then reported her missing to the local authorities, and a search has been carried out since then.

“Residents killed the snake and dissected its stomach contents. Everyone was astonished. 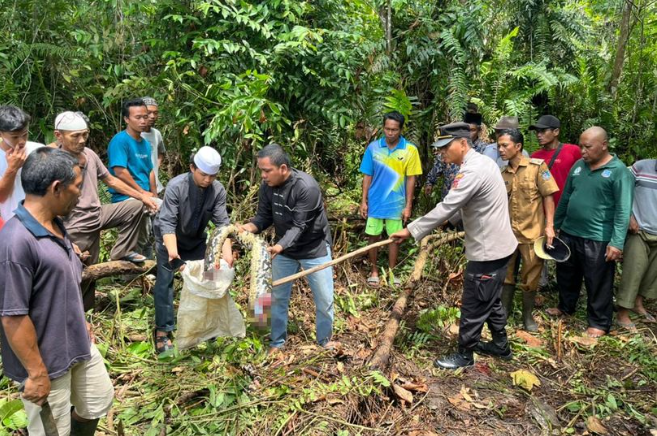 “It turned out that the woman we were looking for was in the snake’s stomach.”

None of the locals witnessed Jahrah being devoured by the snake, Anto said.

He added that there is now an extremely tense mood in the village as a number of giant pythons have been spotted in the area, including a 27ft beast.

Overwhelmed by its sheer size, residents tried and failed to catch that snake.

Anto said: “Villagers are now worried that bigger snakes are still in the forest. The presence of this giant snake has also swallowed two resident goats.”

Indonesia has a large population of giant reticulated pythons – the world’s longest snake.

Jahrah isn’t the first person to be cut from the stomach of a python in Indonesia.