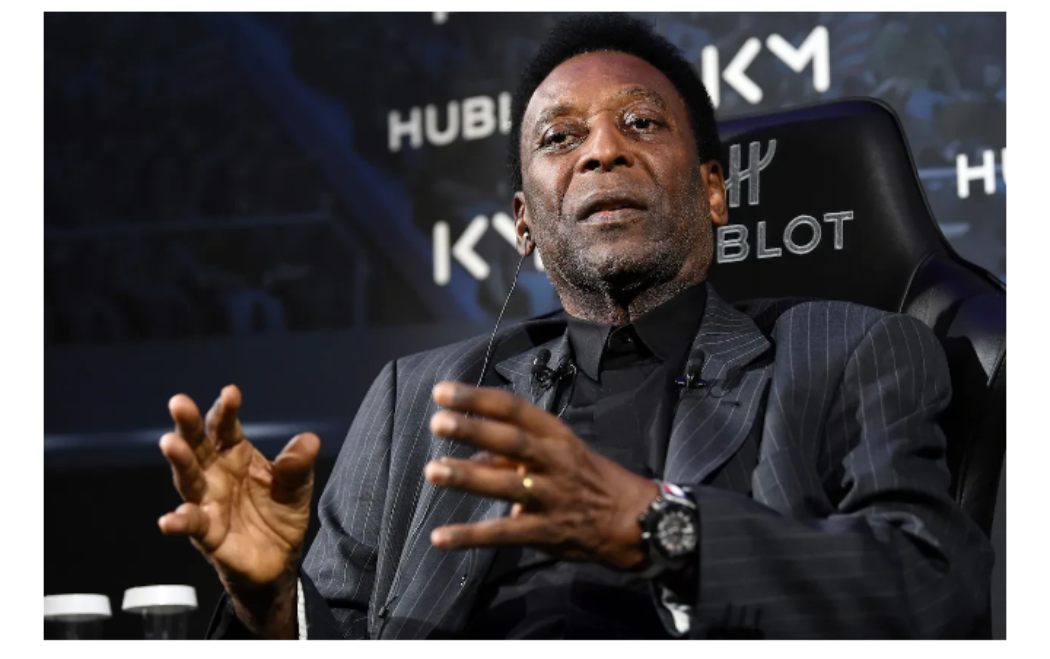 Brazil football legend Pele has played down widespread concerns regarding his health, saying he is at the hospital for a monthly check up and thanked his supporters for the positive messages he has received.

Pele, 82, had been admitted to the hospital on Tuesday, November 29, with heart failure issues and swelling all over his body. He was also at the hospital to re-evaluate a cancer treatment after he had a tumor removed from his colon back in September 2021.

Pele, known as one of the greatest players of all time, posted a photo in which a picture of his face is projected on a building in Qatar, next to a message which says ‘Get well soon.’

‘Friends, I am at the hospital making my monthly visit,’ he said in the post. ‘It’s always nice to receive positive messages like this. Thanks to Qatar for this tribute, and to everyone who sends me good vibes!’ It was also reported that his chemotherapy treatment is no longer working and Pele was suffering from mental confusion after being admitted.

However, an update from the hospital said the three-time World Cup winner did not need to be admitted to an Intensive Care Unit [ICU].

A statement issued to the Brazilian media said: ‘After medical evaluation, the patient was taken to a common room, without the need for hospitalisation in a semi-intensive unit or ICU.

‘The former player is in full control of vital function and [in a] stable clinical condition.’

However, Pele’s daughter Kely Nascimento, who is not in Brazil, had insisted on Tuesday that there was no need for alarm and that her father’s hospital admission is ‘no surprise or emergency’.

She posted on Instagram: ‘Lots of alarm in the media today concerning my dad’s health. He is in the hospital regulating medication.

‘There is no emergency or new dire prediction. I will be there for New Year’s and promise to post some pictures.’