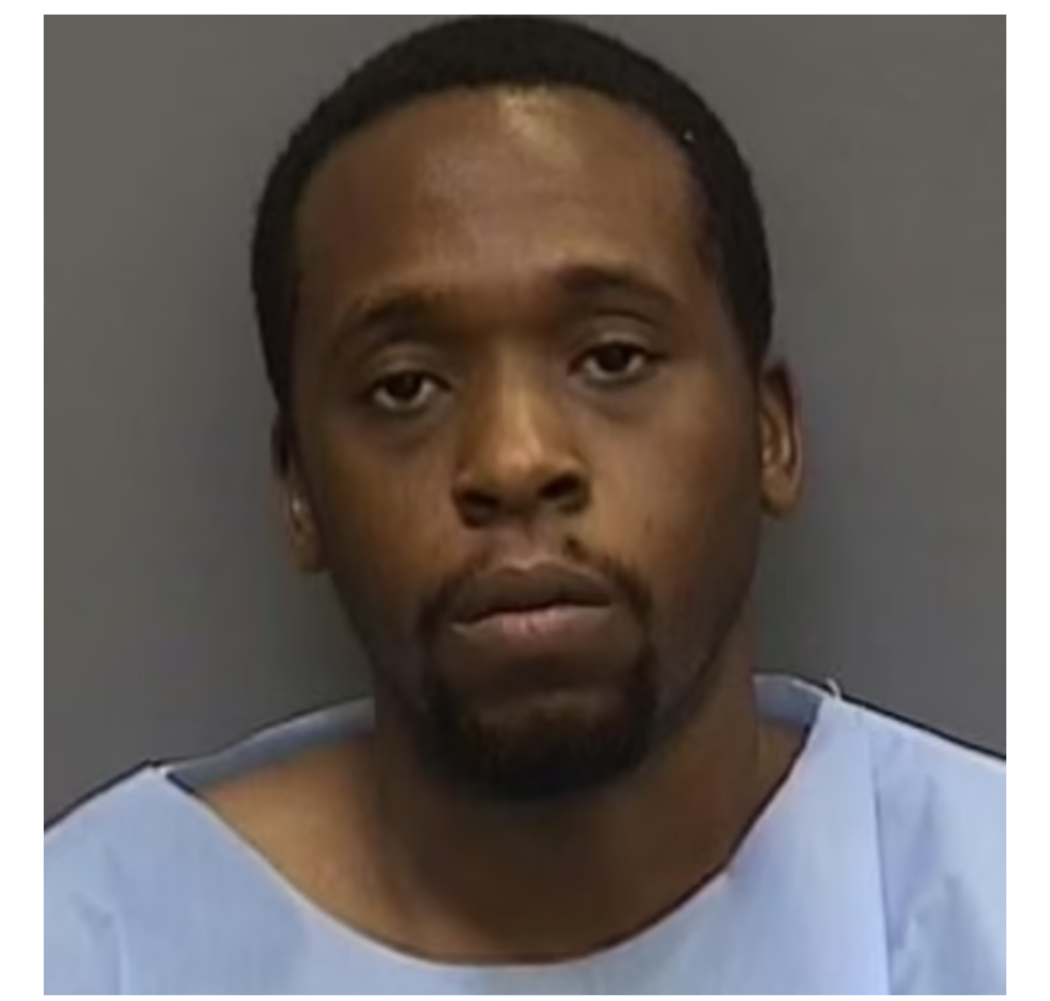 A five-year-old girl has been killed while her eight-year-old brother is fighting for his life after their father shot them both in the head shortly after their mother kissed them goodnight.

The suspect, Jermaine Lavanda Bass, 30, was arrested and charged with first-degree murder, first-degree attempted murder, and aggravated child abuse, on August 29 after he claimed he ‘accidentally’ shot his children multiple times as they lay in bed in Tampa, Florida.

On Monday night, just after 10 p.m., the children’s mother went upstairs two where the children were in their bunkbeds. She kissed her daughter, who giggled in the top bunk because she was pretending to be asleep, Sheriff Chad Chronister said. 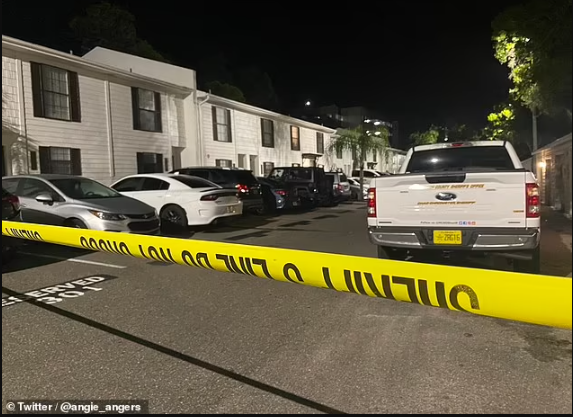 She kissed her eight-year-old son and then rushed out of the room to go to the bathroom.

Suddenly, she heard multiple shots fired. Initially, she thought it was outside, but when she realized it was coming from inside the house at the Armeture Gate Townhomes.

The mother rushed outside for safety where she was met by a neighbor, who was already frantically calling 911.

At nearly the same moment, her husband rushed outside the house with their grievously wounded son in his arms.

‘When our deputies initially arrive on scene, they see the father in the family room cradling the eight-year-old son saying it was an accident,’ Chronister said. The father told the deputies, ‘I don’t know how the gun went off, I accidentally shot my son.’

Emergency medical technicians take the child away from the dad and begin advanced life support to save the child.

When the officers ask Bass if anyone else is in the house he says, ‘My daughter is upstairs sleeping,’ according to the sheriff. 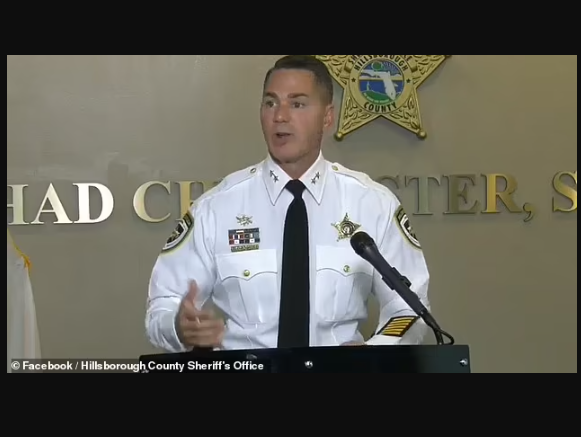 ‘Deputies go upstairs only to find the gruesome discovery that there’s a five-year-old laying in the top bunk laying in a pool of her own blood,’ Chronister said. ‘She is shot two or three times in her head. The same injury that the eight-year-old had sustained and suffered from.’

Both children were taken to Tampa General Hospital. The girl could not be saved, the sheriff said.

‘Our eight-year-old is fighting for his life,’ Chronister said, choking up momentarily during a press conference.

‘I hope this individual feels the full weight of the criminal justice system and never sees the light of day where can harm another human being,’ the sheriff said. Cops found a .380 semiautomatic handgun in the house.

Other than his statements saying the shooting was accidental, Bass gave not further statement explaining his action.

‘You don’t accidentally shoot your children three to four times in the head,’ the baffled sheriff said.

There were no previous domestic violence calls to the house, police said. Bass has no prior criminal history.

The mother has not made a complete statement to police yet.

‘To this mother who’s lost one child and could possible lose a second and whose marriage is obviously over,  our heart goes out to you,’ Chronister said. ‘I certainly will pray for all of you today.’

Sheriff’s deputies and other first responders were shaken to the core by the crime.

‘This is a horrific experience no parent should have to go through,’ the sheriff said. ‘This is an experience no law enforcement or first responder should ever have to witness. We as a sheriff’s office are struggling today.’