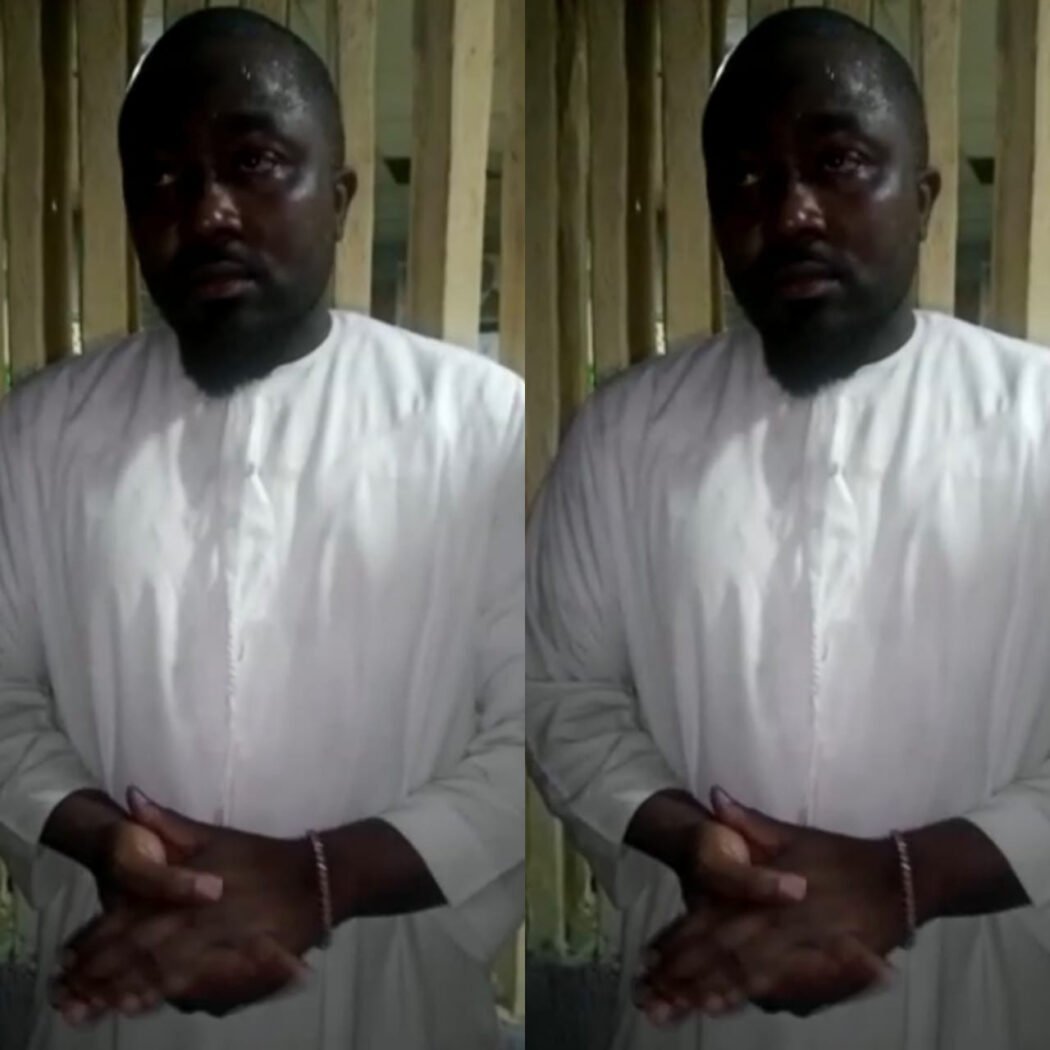 Nigerian rapper, Panshak Zamani aka Ice Prince has been arrested for allegedly abducting and assaulting a police officer in Lagos.

The spokesperson of the state police command, SP Benjamin Hundeyin, who disclosed this on Twitter wrote;

”At 3am today, @Iceprincezamani  was stopped for driving without license plates. He agreed to be taken to the station. He, thereafter, abducted the police officer in his car, assaulted him and threatened to throw him in the river. He has been arrested and would be arraigned today.” 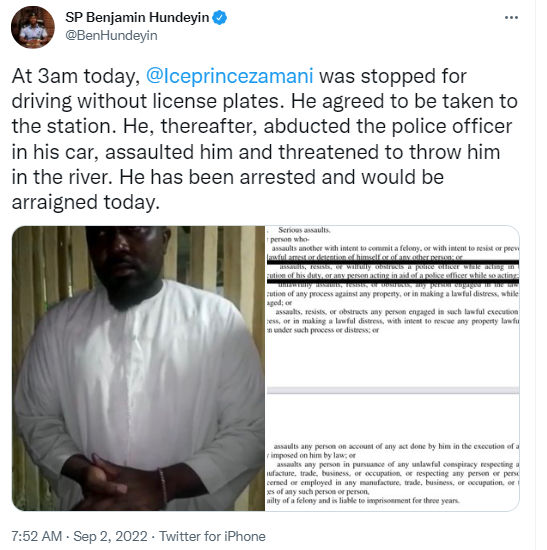