Ace Nigerian singer, Skales has taken to his Instagram page to share a snippet from a diss track he recorded against his wife Precious, as he continues to mourn his late mother.

Recall that Skales last week, after losing his mother, called out Precious for taking to her Instastories to mourn his mum. In a deleted message. Skales asked her to take down the post, show the same care in real life and stop ”doing things for the gram.” 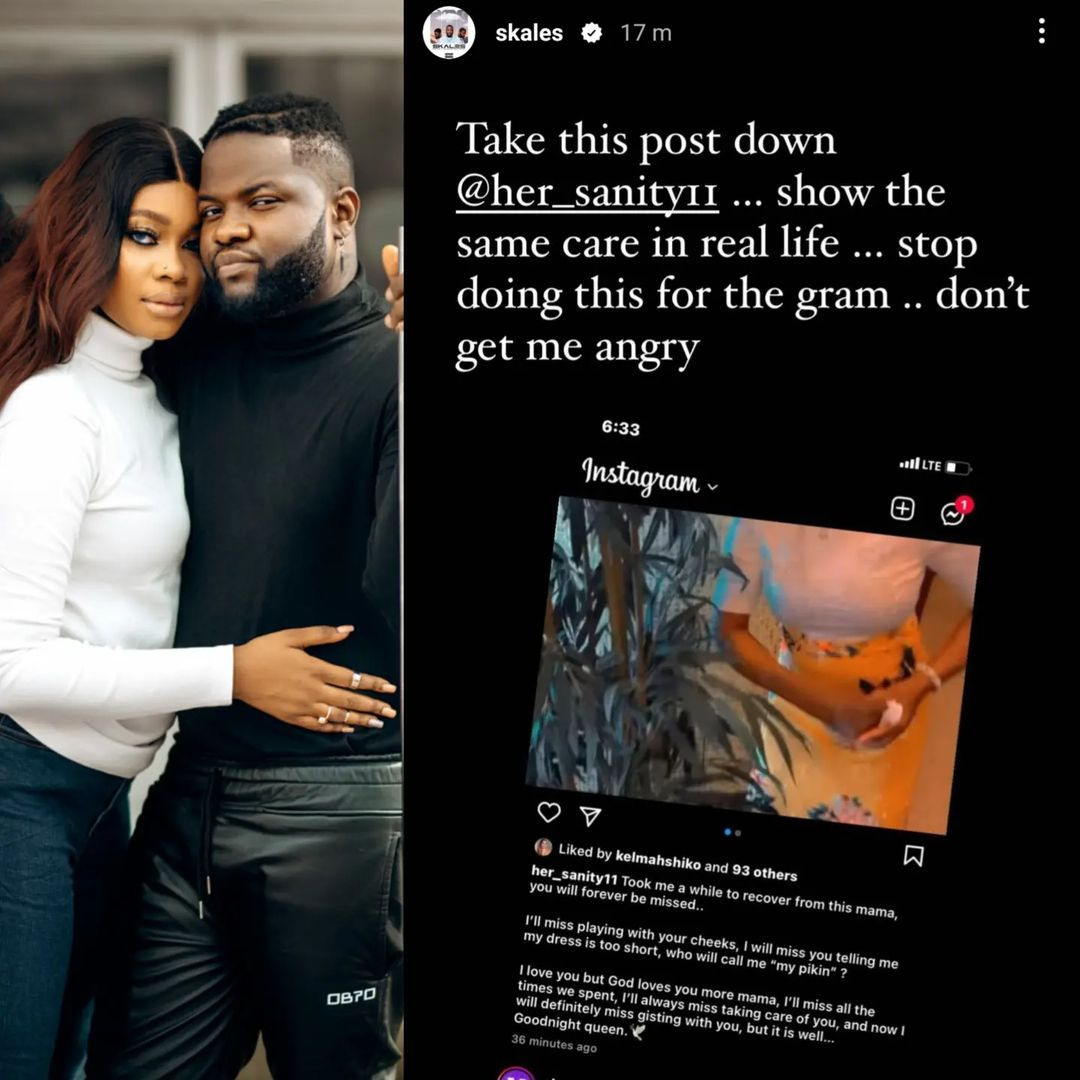 His call-out post came days after he advised people to ensure they don’t get married to a heartless person. 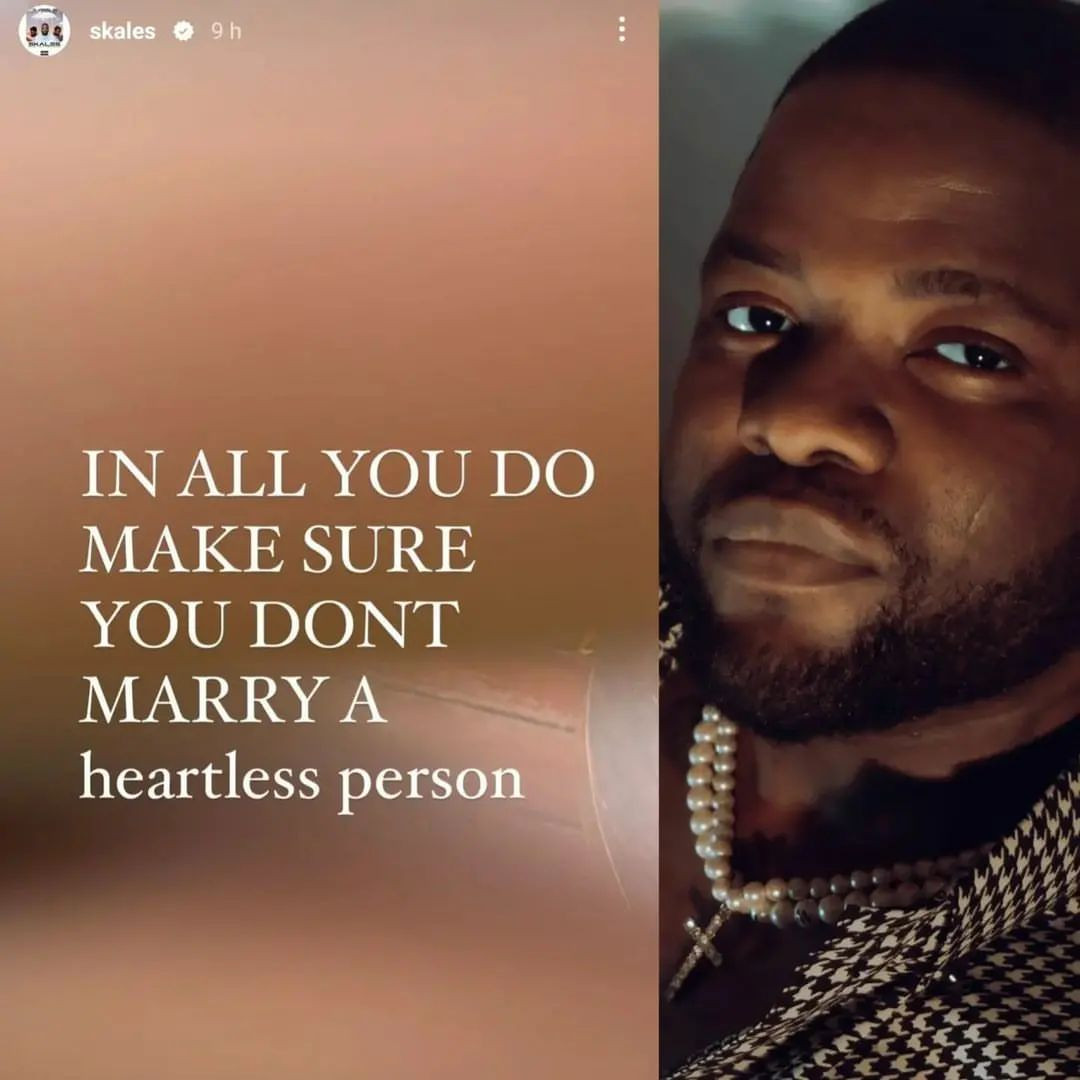 In the diss track he released, Skales mentioned that he never thought he would be married to ”the devil.”

‘Rest in peace to mama John. I ain’t never I’m a mama’s son. Never thought that I would be married to the devil. My life is a movie..that shit is on another level.  Ain’t no much to discuss. It’s too much to bear, I’m just filled with disgust. I lost my queen to the evil of this cold world. Now it’s just me alone against the whole world. ” the lyrics in part read

The rapper further said ”You could have saved my mama’s life. You were ten minutes away from the crib.”

”Disappointed by the one I called fam. This shit wasn’t no love. It was all for the gram. How can you be so insensitive. You could have saved my mama’s life. You were ten minutes away from the crib. I am in my feelings and I really don’t know how to act. You said it was better for worse but you didn’t have my back.” he added

Skales and Precious got married in September 2021.