American rapper and fashion designer, Kanye West has revealed his plans to step away from from a couple of things for the next 30 days.

Ye who is being cancelled by different business brands over his anti-Semitic remarks last month, took to his Twitter handle to explain his on month “verbal fast” journey that he’s set to embark on for the rest of November.

“I’m taking a 30-day cleanse A verbal fas,t No alcohol, No adult films, No intercourse, In God we praise Amen,” he wrote in a note before clarifying that his “Twitter still lit though.” 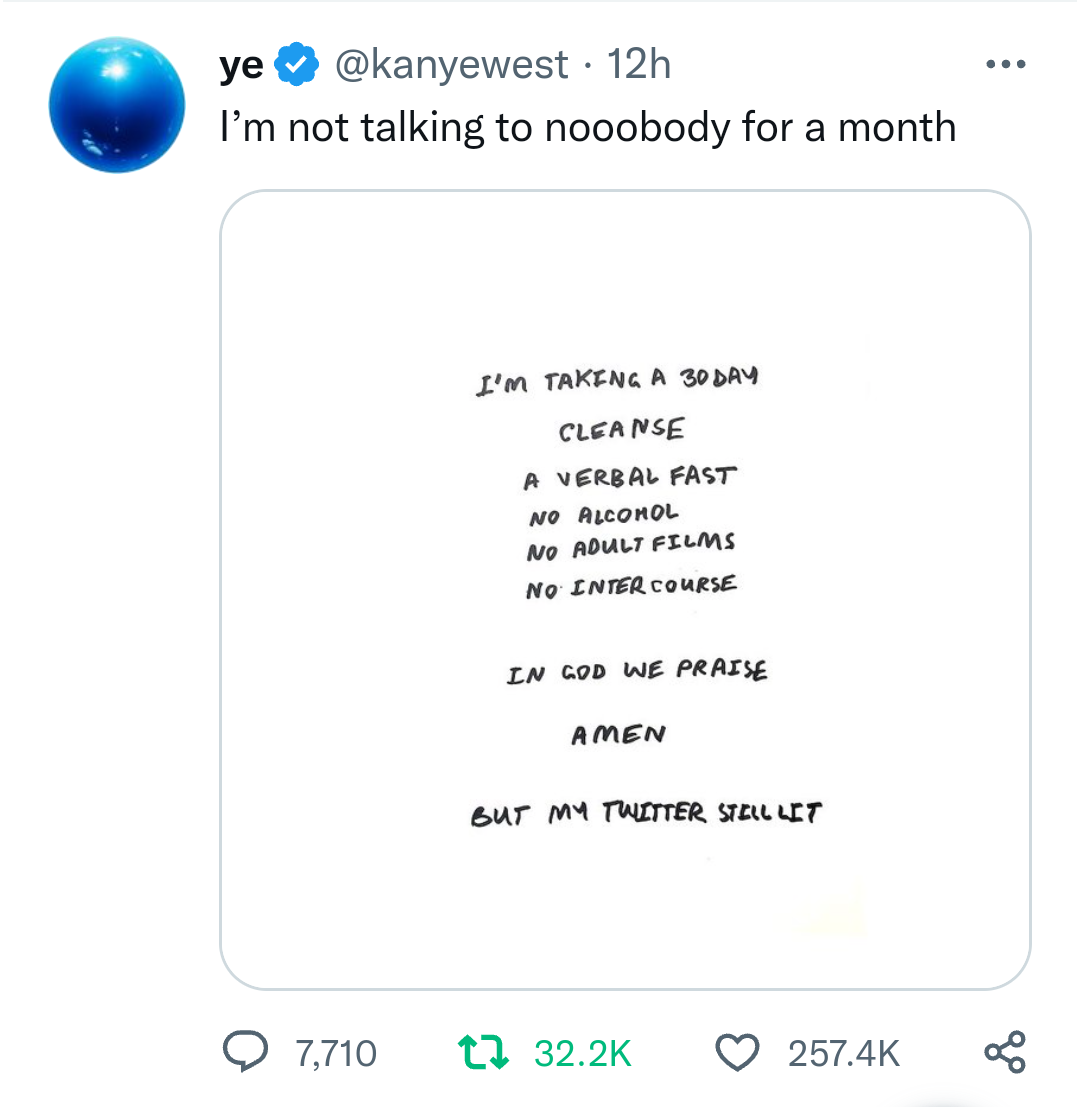 Like Kanye, Kyrie Irving has recently come under fire for alleged anti-Semitism after he tweeted a link to a controversial film called Hebrews to Negroes: Wake Up Black America.

He quoted Bible verse John 19:19 attached to a clip of Irving’s press conference before adding: “You can’t be anti-Semite when you know you are Semite.”

Kanye West previously supported Kyrie Irving on Instagram last week by claiming he was one of the last “real ones” amid a posting spree that resulted in him being suspended from Instagram yet again.