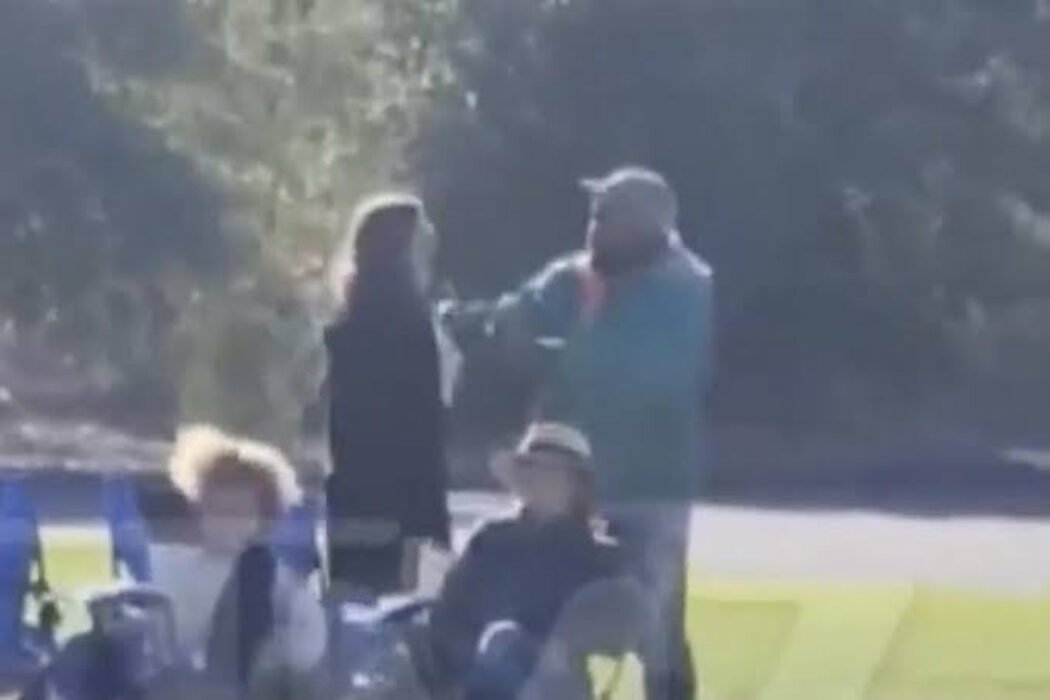 American rapper Kanye West who has saw his net worth drop in the last few days following his anti-semitic remarks, has been caught on tape getting into a heated argument with a parent at his son Saint’s soccer game in Los Angeles over the weekend.

In the video obtained by TMZ, West, 45, was spotted having a heated exchange with an unidentified individual on the sideline of the 6-year-old’s game. His ex-wife, Kim Kardashian, with whom he also shares daughters North, 9, and Chicago, 4, and son Psalm, 3, sat nearby in a lawn chair flanked by security, but did not visibly react as Kanye stood about 30 feet away, waving his arms in seeming frustration.

Another woman who appeared to be a family friend, then approached West and said something that prompted the “Heartless” musician to storm off the field. An eyewitness told TMZ that West took a few minutes to cool off and eventually returned to watch the rest of Saint’s game without any further drama. It was also gathered that Kardashian, 42, and West did not interact during their son’s sporting event. In the wake of West’s anti-Semitism, he lost a succession of business partnerships, including GAP, Balenciaga and Adidas, who dropped him as a partner, manufacturer and distributor of the rapper’s Yeezy shoe brand.